Are you a Sleep Geek? Sign up and never miss an update: 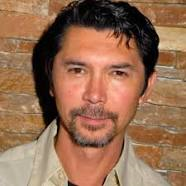 Las Vegas, January 11, 2015:  Lou Diamond Philips is now scheduled to appear and play in the 7th Annual Ante4autism poker event, presented by Serta Simmons Bedding.  Lou is best known for the movie La Bamba, where he starred as Richie Valens.  He earned a supporting actor Golden Globe Award nomination for his role in Stand and Deliver and a Tony Award nomination for his role in The King and I. Other notable films in which Phillips has starred include Courage Under Fire, Che, and Love Takes Wing.  In addition to Lou, other celebrities that have committed to appear are Erik Aude (American Sniper), Mark Walberg (Antiques Roadshow), David Marciano (Homeland), Dante Basco (Hook), Ricky Dean Logan (Back to the Future II & III), Josh Emerson (Jennifer’s Body), Nicholas Gonzalez (Resurrection Blvd) and Brian Krause (Charmed).

“It will be great to have Lou appear and play in our event to help raise awareness and funds to support research into the cause of Autism”, stated Co-Host Phil Miner.  We thank Erik Aude and Karina Jett for rounding up all these celebrities to play in the event.  Lou, Erik, and all the celebrities will be playing in the 7th Annual Ante4Autism poker tournament presented by Serta Simmons Bedding to be held at the Golden Nugget, Sunday, January 18th at 7 PM.

We also want to thank all the people and companies that have donated prizes and merchandise to the event:  Restonic of Indiana, Huffman Koos Furniture, Brad Garrett, Chip & Karina Jett, Penn & Teller, Autism Speaks, Golden Nugget, Cleveland Indians, in addition to Tempur-Sealy.

Sponsorship, registration, and donation information is available online at www.ante4autism.com.  Sponsorships are still available at the following levels: $10,000 Double Diamond, $5,000 Diamond, $2,500 Platinum, $1,000 Gold, $500 Silver and $250 Bronze. Contact Co-Host Doug Krinsky at:  Ante4autism@aol.com to sponsor or make a donation or discuss if you would like to help.

Furniture retailers, buyers, manufacturers, sales representatives, and suppliers attending the Las Vegas Market, as well as Las Vegas area residents, are invited to the 7th Annual Ante 4 Autism event.    It will be a Texas Hold’em Tournament to benefit Autism Speaks, and there will also be a silent auction with great items to bid on during the evening.  There is no admission fee and everyone is invited to just stop by, even if you are not a poker player.  The entire Host Committee invites everyone to the event to have fun and raise awareness about Autism.

The buy-in for this event is $125, with $40 rebuys and add-ons available.  $100 of each entry goes directly to Autism Speaks.   All players will receive an Autism Speaks pin for entering, and light snacks and beverages will be provided at the event.  The winner will receive $1,000 & the “Grand Champion” Plaque, 2nd place $500, 3rd place $250 along with merchandise prizes!   All 9 final table players will receive merchandise prizes for making it to the Serta Simmons Bedding final table.  Complete details of the event are on the web site www.ante4autism.com and participants can register online now.

My passion for Marketing and making an impact is what drives me. In being a Junior Strategist, the best part of my job is knowing that each day I have the opportunity to make a difference for our clients through managing and tracking user experience through social media, content creation, online community management, and analytics. View all articles by Garryn
Discuss this Article