Are you a Sleep Geek? Sign up and never miss an update:

In the early 1980’s The Romantics sang about an experience familiar to some of us – talking in our sleep. The number one billboard hit track “Talking in Your Sleep” earned a substantial amount of radio airtime and was a widespread hit in dance clubs. You’re probably singing the lyrics in your head right now (or out loud, that’s okay too), but if you don’t know the song be sure to watch the video link above.

So, was it the beat that made the song a success or was it the subject matter? Regardless of what you like best about the song, it’s hard to deny the topic of the song is intriguing.

Sleep talking ,or somniloquy, is a sleep disorder that WebMD defines as “the act of speaking during sleep.” While it’s referred to as a disorder, sleep talking is not always considered a medical problem. It can be an indicator of other underlying issues such as depression and anxiety.

From babbling to full-blown conversations, reports of sleep talking can vary. Typically, episodes only last 30 seconds. Almost everyone will talk in their sleep at some point, and 50% of children ages 3-10 will sleep talk. External factors, such as consuming alcohol or caffeinated beverages before bed, can impact the sleep-talking episodes.

If you’ve ever been told you sleep talk, like I have, you’ve likely wondered what you said. Outside of relying on a roommate or spouse, there hasn’t been a good way to know what you’ve said – until now. Thanks to the Sleep Talk Recorder  app, you can record yourself every night you sleep.

The app kicks-in 30 minutes into your rest and then starts recording only when there is noise - including coughing and tossing and turning, in addition to any mumbles or words. The app will run all night, until an alarm goes off so be sure to have it charged.

The app is very user-friendly. You simply open it and hit record. Then in the morning, you can select the “history” tab and listen to all your recordings. Additionally, if you dare, there’s an option to upload your recordings to a public feed under the “top list” tab. Here you can browse through the most listened to recordings categorized by date, country, and “funniest” recording. Plus you can vote on your favorites.

As a community manager for Sleep Geek, I’m always looking into sleep-related applications. So when I came across the sleep-recording app, as a reported sleep talker, I had to try it out. After weeks of using the app, I haven’t recorded a word. Not. A. Single. Word.

Over the years, many people have told me I sleep talk, so it surprised me when there wasn’t a single mumble captured. Perhaps I subconsciously knew I was being recorded and that’s why I was as quiet as a mouse. Or maybe it was just not the right time in my life, although I tested the app while I was under stress.

Whatever the case may be, I was disappointed and relieved at the same time. It disappointed me because I was always curious about my commentary.  But I was also relieved because I was afraid to hear what I might say. After all, as the hit “Talking in My Sleep” says, “I hear the secrets that you keep, when you’re talking in your sleep.” And I didn’t exactly want to know all of my buried secrets. 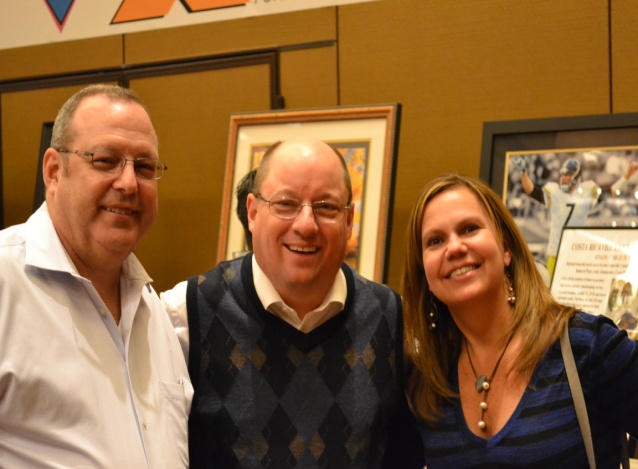 As a Strategist at MediaCross, Ashley is dedicated to providing clients with account management and organization. She delivers solutions-based strategies with energy and enthusiasm. In her free time she enjoys playing catch with Buster (a border-collie mix), spending time outdoors, cooking, and sharing a good laugh with family and friends. View all articles by Ashley
Discuss this Article